TAV: Russian Nordwind opened a second route from Skopje, as of today regular flights to St.Petersburg

TAV: Russian Nordwind opened a second route from Skopje, as of today regular flights to St.Petersburg

TAV Macedonia, this afternoon, at 13:35h, welcomed the 1st arriving flight from St.Petersburg’ Pulkovo Airport to Skopje International Airport, by the Russian airline Nordwind, marking the launch of this new air travel route. 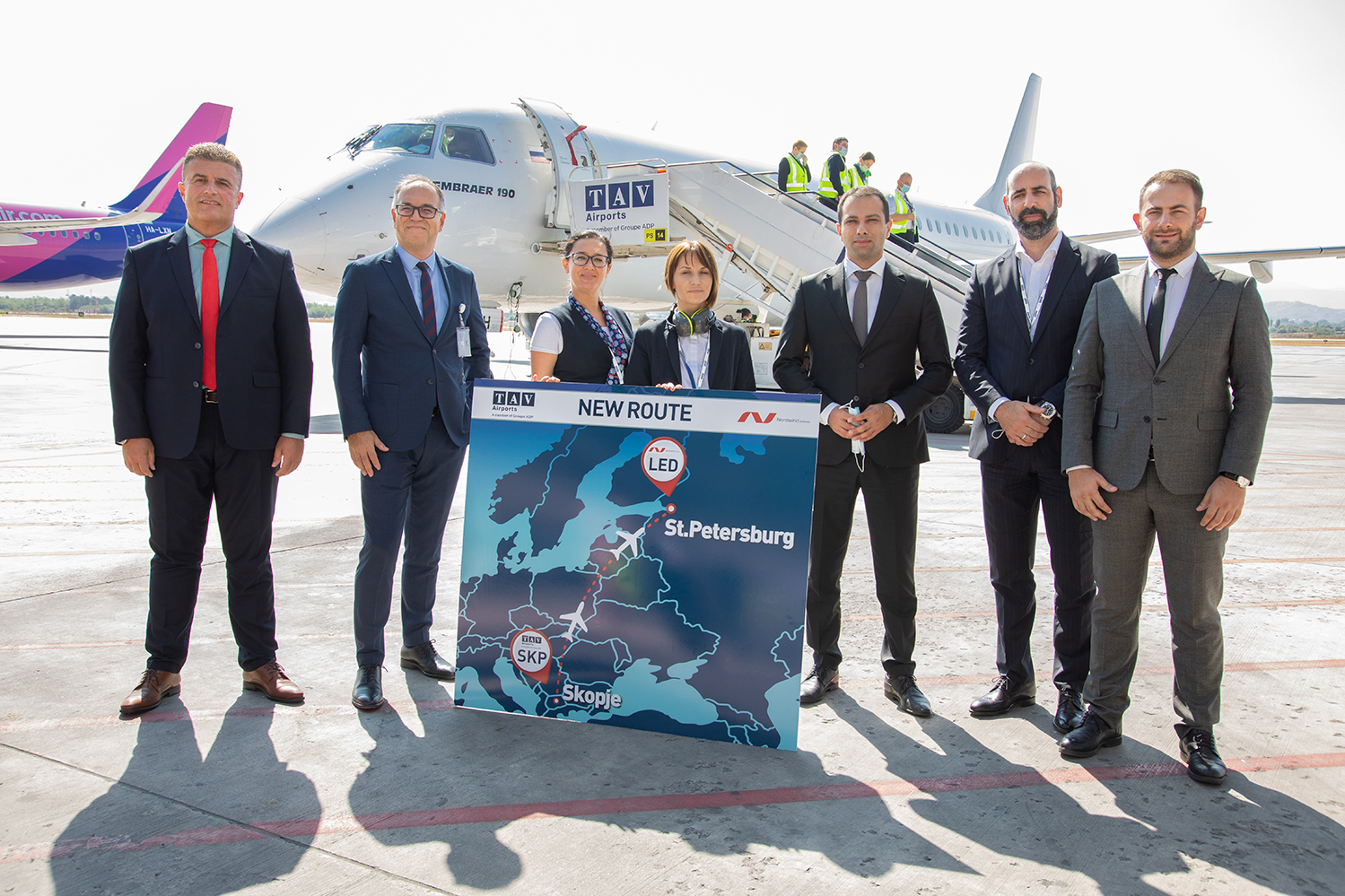 As of today, 21st September 2021, Nordwind will fly from St.Petersburg to Skopje, once weekly, each Tuesday, with arrival time at Skopje International Airport - 13:35h and departure time for Pulkovo Airport in St.Petersburg - 14:40h. The duration of the flight between the two cities is 3 hours and 25 minutes.

According to the announced flight schedule of the airline, these timings are set until the end of October, when the summer flight season ends. As of 2nd November Nordwind will continue to fly from St.Petersburg to Skopje on Tuesdays, with arrival time at Skopje Airport - 15:45h and departure time to Pulkovo Airport - 16:45h.

“St.Petersburg is the second destination in Russia that Nordwind introduces from Skopje International Airport, after the route Moscow-Skopje that was launched in June this year. The new air connection to St.Peterburg will be established for first time in the history of Macedonian airports. From now on, Skopje is connected by air to St.Peterburg, thankfully to Nordwind. We are very happy for their interest to develop the air travel between North Macedonia and the Russian Federation. As TAV, we truly believe that the Macedonian travelers will grasp the opportunity to discover the historical and the cultural heritage of this beautiful port on the Baltic Sea, the former imperial capital beautifully described in the Russian literature. At the same time, St.Petersburg’ citizens will have the opportunity to fly to Skopje in just 3 hours and enjoy in the beauties of Macedonia and the neighboring region”, stated Metin Batak, TAV Macedonia General Manager.

Detailed information about reservation and booking of flight tickets on Nordwind web page: https://nordwindairlines.ru/ru, where passengers can use additional services for a comfortable flight, such as choosing a seat on board, choosing a meal, take additional baggage, an additional seat nearby, as well as other online services.

“We are as Nordwind Airlines proud to become the first airline connecting 2 capitals with a direct flight; the cultural capital of Russia – St. Petersburg and the beautiful city of Skopje.

We are starting to operate on Tuesdays with one weekly flight with a very comfortable schedule.  As being one of the leading airline companies in Russia with a yearly passenger number of 8 million and a fleet of 60 aircrafts, Nordwind Airlines is offering passengers not only the chance of exploring the amazing history, architecture, nature, exhibitions and so many other attractions of St. Petersburg. We also want to thank TAV Macedonia for their efficient cooperation and warm welcome. Once again, we would like to thank all of you for being here and offer you to visit our beautiful city, St. Petersburg”, stated Ibrahim Yildiz, Director of Revenue Management Nordwind Airlines. 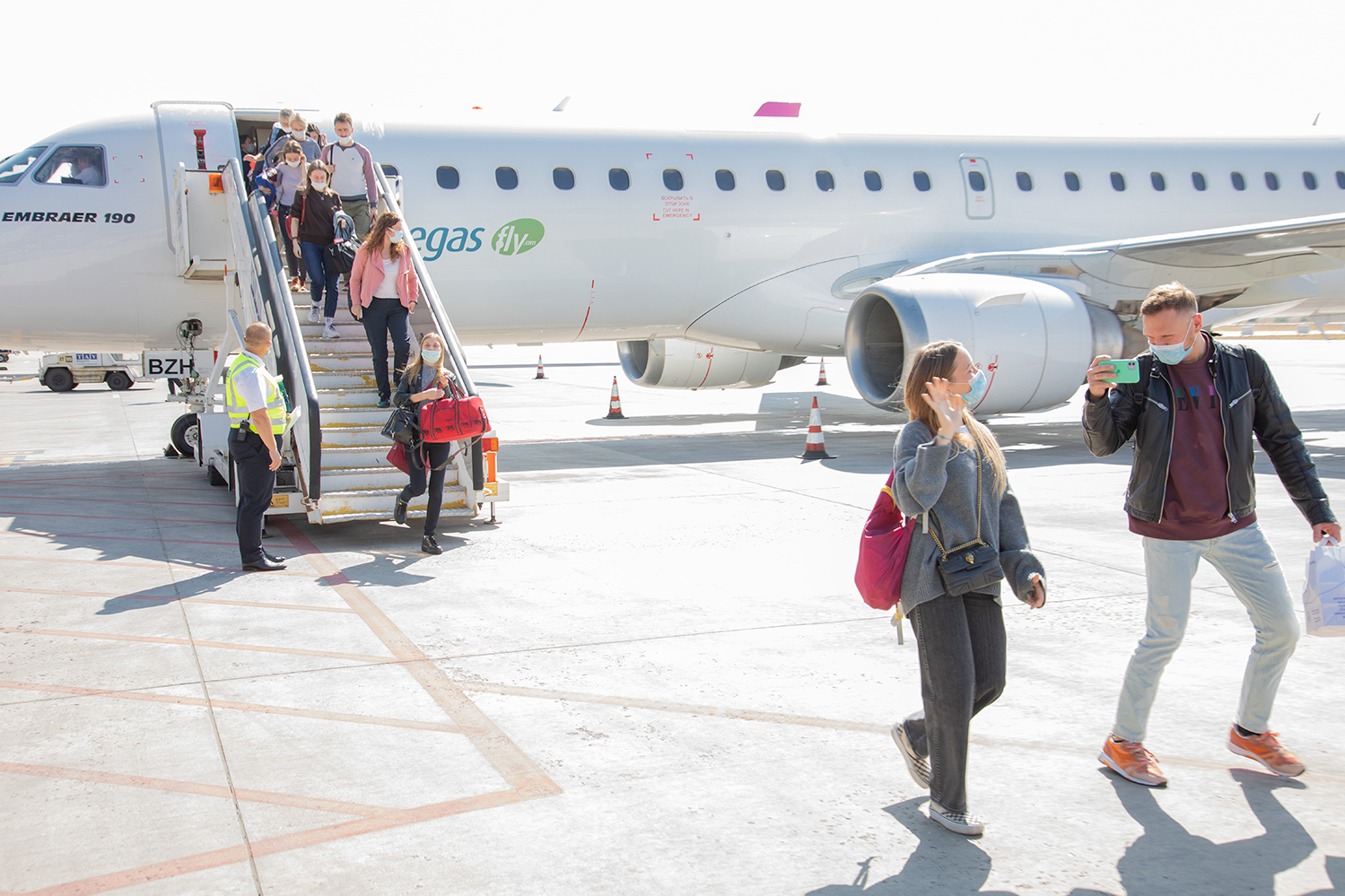 Nordwind is one of the largest airlines in Russia in terms of passenger turnover and has one of the most developed route networks of scheduled flights in the country. The base airport of Nordwind is Sheremetyevo International Airport. With flexible airfares, convenient flight schedules and loyalty program bonuses, a flight with Nordwind will be a successful start of a trip for business passengers and those who want to enjoy their planned vacation.

TAV Macedonia finished the first 8 months of 2021 with a total of 849 thousand passengers at both Macedonian airports – Skopje International Airport and Ohrid St. Paul the Apostle Airport, which is a 52% annual drop compared to January-August in 2019 and 48% annual increase compared to the period January-August 2020, when airports were most severely affected by Covid-19 crisis.