Office of the Border Inter-Agency Unit for targeting and dealing with suspicious passengers, suspicious consignments and suspicious air cargo has been opened at Skopje International Airport

Office of the Border Inter-Agency Unit for targeting and dealing with suspicious passengers, suspicious consignments and suspicious air cargo has been opened at Skopje International Airport

TAV Macedonia General Manager, Mr. Metin Batak, together with the Director of the Customs Administration, Ms. Slavica Kutirov and the Minister of Interior, Mr. Oliver Spasovski, planted trees together today at Skopje International Airport, in honor of "30 years of Customs Administration" anniversary, as well as marking the official opening of the Office of the Border Inter-Agency Unit supported by the United Nations Office on Drugs and Crime.

TAV Macedonia General Manager, Mr. Metin Batak, on this occasion said: "I want to thank the Border Police and the Customs for the good cooperation, and I hope that it will continue to further develop and grow, just as the trees we have symbolically planted today in front of the airport building." 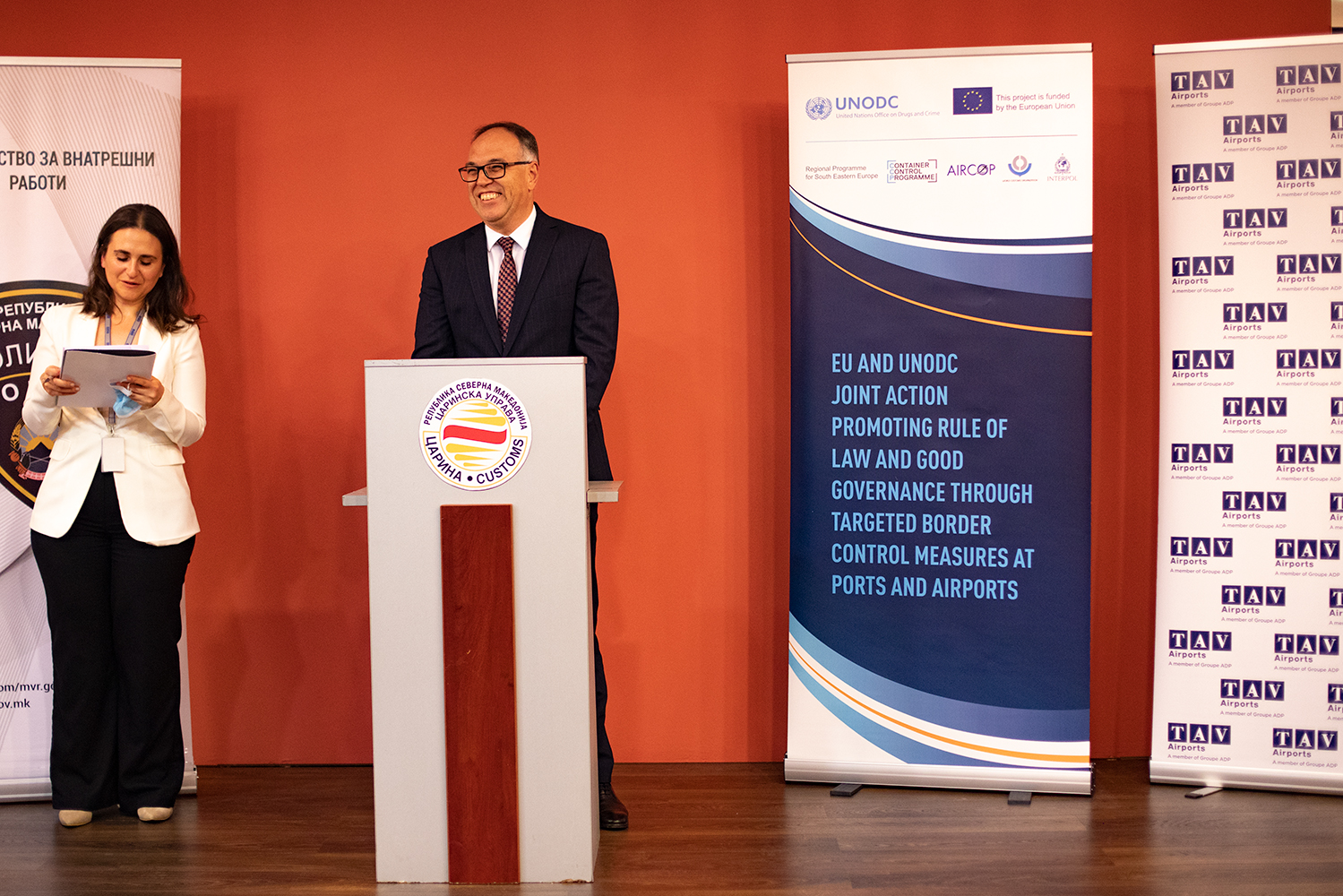 Batak emphasized that both state institutions – the Customs Administration and the Ministry of Interior, beside TAV Macedonia as an airport operator, are key stakeholders in the operation of the airport, which is also a border crossing.